Easing the burden of care 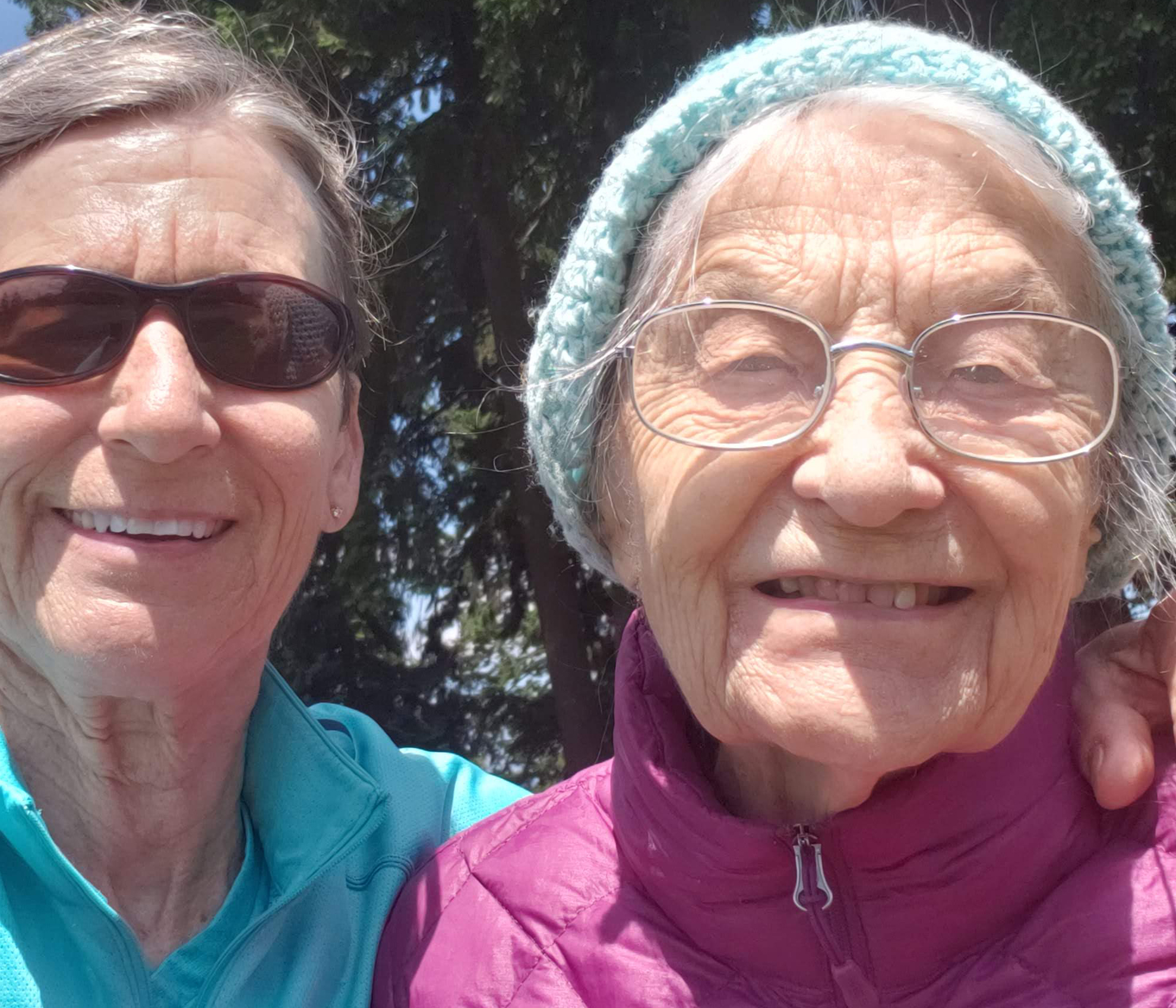 A recent selfie of Susan Garland and her mother, patient Myrtle Harles enjoying a sunny day.

Although the decline of a loved one is a natural process, it can be a stressful event for a family. Many times it means finding appropriate services and housing options that can address the present and emerging needs of their loved one. All of that is compounded when you need to move someone from a different city into an assisted living facility during a pandemic. Susan Garland knows this scenario all too well. She and her sisters had tried to convince their mother, Myrtle Harles to move from Eugene to Portland for years but it wasn’t until her mother was hospitalized for a broken wrist that the request became a reality.

“My sisters and I have always said that moving mom was very traumatic. It would have been her wish to stay in her home. My father had passed there but it just wasn’t possible because she was declining so much those last couple of years,” says Susan.

The family decided that Farmington Square was the right choice for their mother and moved her into the Transitions Program, the step between their assisted living and memory care. The staff told Susan about a well-liked nurse practitioner, J.C. Provost, from Housecall Providers, who treated several of their residents and encouraged her to apply as soon as possible for in-home medical care. She took their advice, and her mother was enrolled in the Housecall Providers primary care program shortly after moving in late October of 2020.

“I can’t tell you how impressed I was with J.C. because he just spent so much time explaining whatever the condition was we were talking about,” says Susan. “He never made me feel like he had to go – he was just so caring and explained things so well.”

While there were a few times early in her mother’s care that she spoke with J.C., their communication and that of the rest of Myrtle’s primary care team has been mainly through the patient portal FollowMyHealth.

“The portal works really well. When mom developed a rash and swelling on her arm that concerned the staff and our family, it was a godsend to be able to communicate back and forth and ask questions, see photos and give feedback,” she says.

When her mother started experiencing more cognitive decline, she moved into Farmington Square’s memory care unit, a transition that had been working well until she fell and broke her hip. She was hospitalized again and then sent to rehab but with her declining health, weight loss and COVID-19 preventing visitors, it was not the best of times. When released back to Farmington Square in March of last year, Myrtle was in quite a fragile state and shortly thereafter the team recommended Housecall Providers Hospice. 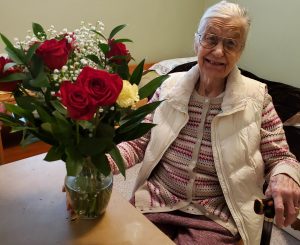 “I had the reaction they said everyone has – that mom wasn’t going to make it very long – but they explained what hospice was and the benefits like enabling the passage to the next step, assisting the family or experiencing a bounce from it, which is exactly what happened to mom,” she says.

When patients enroll in hospice it is not uncommon for them to “get a bounce”, a term that refers to feeling better because your team is addressing not only your physical needs but your emotional and spiritual ones as well. Regular visits from Myrtle’s hospice team along with visits from family members armed with chocolates (COVID-19 restrictions were lifted for family members of residents on hospice) bolstered her spirits and she began to eat more and put weight back on. In fact, after her second review at six months (staff review patients every three months to ensure they are still eligible for hospice care) she did not recertify for hospice because of her improved health, a fact that Susan attributes to the care she received from their hospice team and the staff at Farmington Square.

Under the umbrella of in-home medical care

“One of the things that Scott our hospice chaplain talked about was how hospice was such a gift for the family as well because we didn’t have to worry about anything, and that we could spend our time and energy just loving on and sharing time with mom while her other needs were being met,” says Susan. “We knew that mom was totally under the umbrellas of care and that was a huge relief for us.”

When Myrtle was coming off hospice, the primary care staff worked quickly to establish her once again as a patient. “I know that it was probably all in-house communication, and I don’t know the inner workings of it, but it sure seemed to go fluidly,” she says.

Susan is thankful to the staff at Farmington Square for giving her mom kind, compassionate care and always doing nice things for her even though, because of her dementia, she can be difficult at times “but they never give up and cajole or comfort her into a better mood.”

Stories like Myrtle and Susan’s illustrate the side of hospice that few know about or understand. That hospice isn’t about dying; indeed, it is quite the opposite. Hospice is about improving the quality of life for patients so that they can make the most of the time they have. While a loved one’s decline is inevitable, having the right support at the right time does make all the difference to families who are struggling with the burden of care. “To take over the responsibility of someone’s care, it feels daunting,” says Susan, “so having the support of primary care and hospice within one organization meant everything to me.”