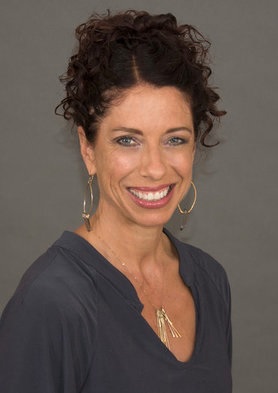 Medicine is in the blood, so to speak, of Housecall Providers’ newly christened Executive Director Rebecca Ramsay, BSN, MPH. Coming from a long line of doctors and nurses, she learned early on the value and sense of pride found in supporting the health of one’s community.

“My father was a Roseburg physician who took care of low-income workers. Many times they were unable to pay by traditional means, so he would be offered crafts or fresh steelhead for his services,” says Ramsay. “I saw the economic gap that existed in my hometown and how, at times, people struggled to access adequate health care.”

Drawn to discovering the causes of health care disparities

Either DNA or early life experiences led Ramsay into a career in nursing. Although she enjoyed direct patient care with veterans and young mothers, it was her research work with the National Institutes of Health that ignited her passion to further investigate the health care disparities she witnessed in her hometown. That desire led her to earn a master’s degree in Public Health with an emphasis on health care policy, leadership and public administration.

“My passion for population health and improving care for vulnerable citizens took shape as I learned about the biases inherent in non-socialized health care systems like ours,” she continued.

Her first job out of graduate school was with CareOregon developing and scaling their high-risk case management program. Twelve years later, she has directed the design and implementation of multiple programs, most recently as the executive director of CareOregon’s population health division.

Contributions at CareOregon recognized and admired

“It’s impossible to overstate Rebecca’s impact at CareOregon these last 12 years,” says Housecall Providers Senior Medical Director for Clinical Operations, Dr. Will Kennedy. “She is an innovator with a passion for creating programs and services that have vastly improved the delivery of health care to many of our community’s most vulnerable members.”

In 2011, Ramsay was part of a small group of health care leaders from the Portland metro area who wrote and received a three-year, $17.2 million Centers for Medicare & Medicaid Innovation Award to replicate clinical programs that would improve care, lower costs and enhance satisfaction among Medicaid recipients in our community.

“My new role with HCP is a natural evolution of the work I have been doing for the past 12 years, and it represents what I believe to be the most important addition to CareOregon’s service model to date,” Ramsay stated.

Building on the successful blueprint

In the coming months, Ramsay’s most critical responsibility will be to ensure that the culture, values, and mission of Housecall Providers remain central to the work of the organization.

“Although innovation and change will be necessary to secure the continued sustainability of Housecall Providers, much of what made this nonprofit so successful must be protected and fostered as we move forward and build on the blueprint that the Board, Terri and the staff have created over the years,” she said.